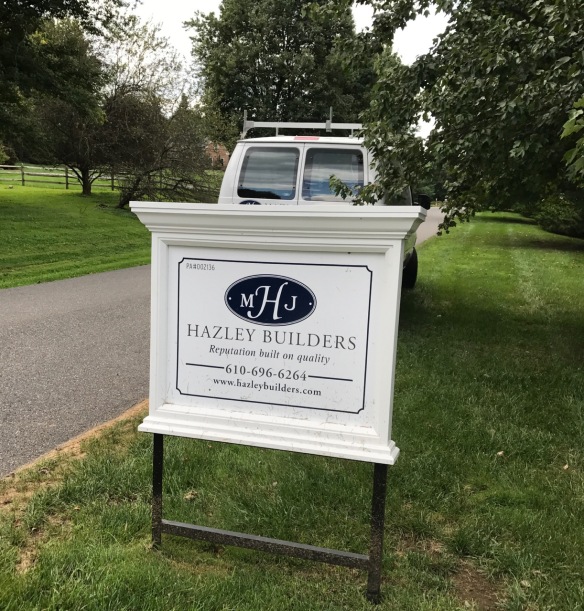 Three years after moving to Pennsylvania and leaving Subee’s Kitchen 1.0 behind, I am very excited to announce that Subee’s Kitchen 2.0 is LIVE! As in, the kitchen remodel is done, most of the gadgets and gizmos have been put away, and I’ve been cooking nonstop just because I can. Four and a half months (134 days!) without a proper kitchen is a very long time for someone who lives from meal to meal. Stay tuned next week for the big reveal!

This also means I can get back to blogging on a more regular basis – so “Subee’s Kitchen 2.0” promises many new, soon-to-be-favorite recipes in the months ahead.

Over the spring and summer, the lack of a kitchen didn’t keep me from cooking altogether– it just made things MUCH more tedious.  Here’s a little glimpse of Ina Garten’s Pasta, Pesto and Peas being constructed in our basement:

I made it with DeCecco’s Racchette pasta for a tennis party, because why wouldn’t you? 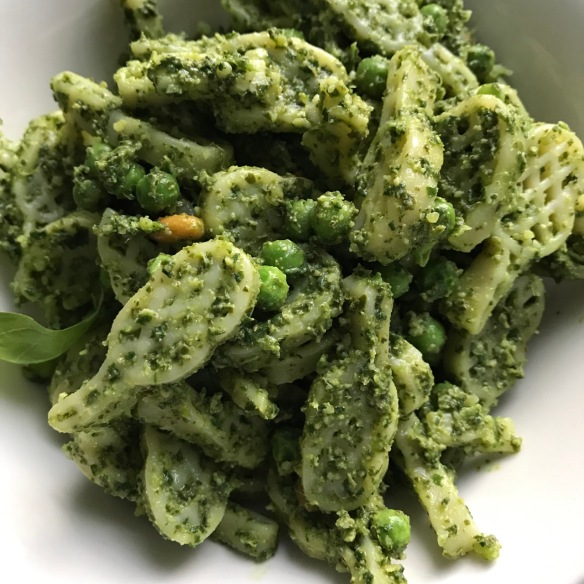 Still, the basement kitchen was an upgrade compared to my other summer kitchen (at a campsite on Lake George, NY).

Luckily we had my Swiss army knife. (And a few other essentials.)

And a good helper.

Sophie prepping the new potatoes for the skillet. 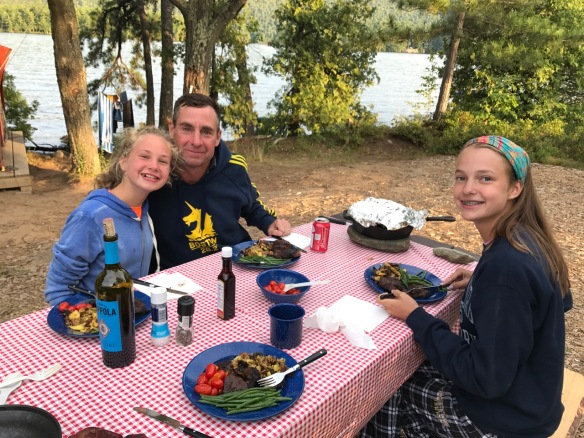 We cooked the green beans in a skillet over the campfire, but otherwise using the same method I do at home –  steam/sautéed with a little butter, water and salt. They turned out great, if I do say so myself! The canned biscuits, however, were an epic fail. Maybe it was for the best that they ended up in the fire.

See you next week for the new kitchen Before, During and After!